Zoggs Swim diaries: The sport that grows with you

The Zoggs Swim Diaries series focuses on people who are taking on a personal challenge whether it be learning to swim, working towards a specific goal or doing something extraordinary. Many of you have a story to tell and that's what we love about the Zoggs Swim Diaries.

This guest post is by Natalie Ray from Plutonium Sox who is taking on the Aspire Channel Swim this year. Natalie is a family, travel and lifestyle blogger who is mum to two girls aged 4 and 6. She lives in rural Worcestershire with her husband, the girls and a dog called Bubbles. Over to Natalie...

Some of my earliest memories involve swimming. Ploughing up and down a pool to swim a mile at five years old. Waiting at galas with friends, giggling together on poolside and knowing that once we got into that water, I’d do anything to beat them. Then there were the early mornings as a teenager, training before school. Getting up in the dark and wondering most days why I was putting myself through it.

By the time I went to university, my competitive swimming days were behind me. I’d train with the university club and compete at the BUSA National Championships. But the hangover from hell kept me out of the final I’d qualified for.

Years later, a chance meeting with an old swimming friend led me to try out water polo. I was in my late 20s, too old to ever be much good at a sport I’d just started. Nonetheless, it was an enjoyable way to pass the time. It was great exercise but never felt like a chore because it was so much fun.

Ten years on, I’m still playing. Infrequently and I never did get very good at it. But it has led on to other things. Friends from the water polo team accompanied me when I swam the Solent and did triathlons. An impromptu hen-do to a polo tournament led us to Amsterdam on a sinking boat with 200 other players. Of course, playing water polo the week before getting married is never a good idea but I’m sure I wasn’t the first bride with a thick lip. 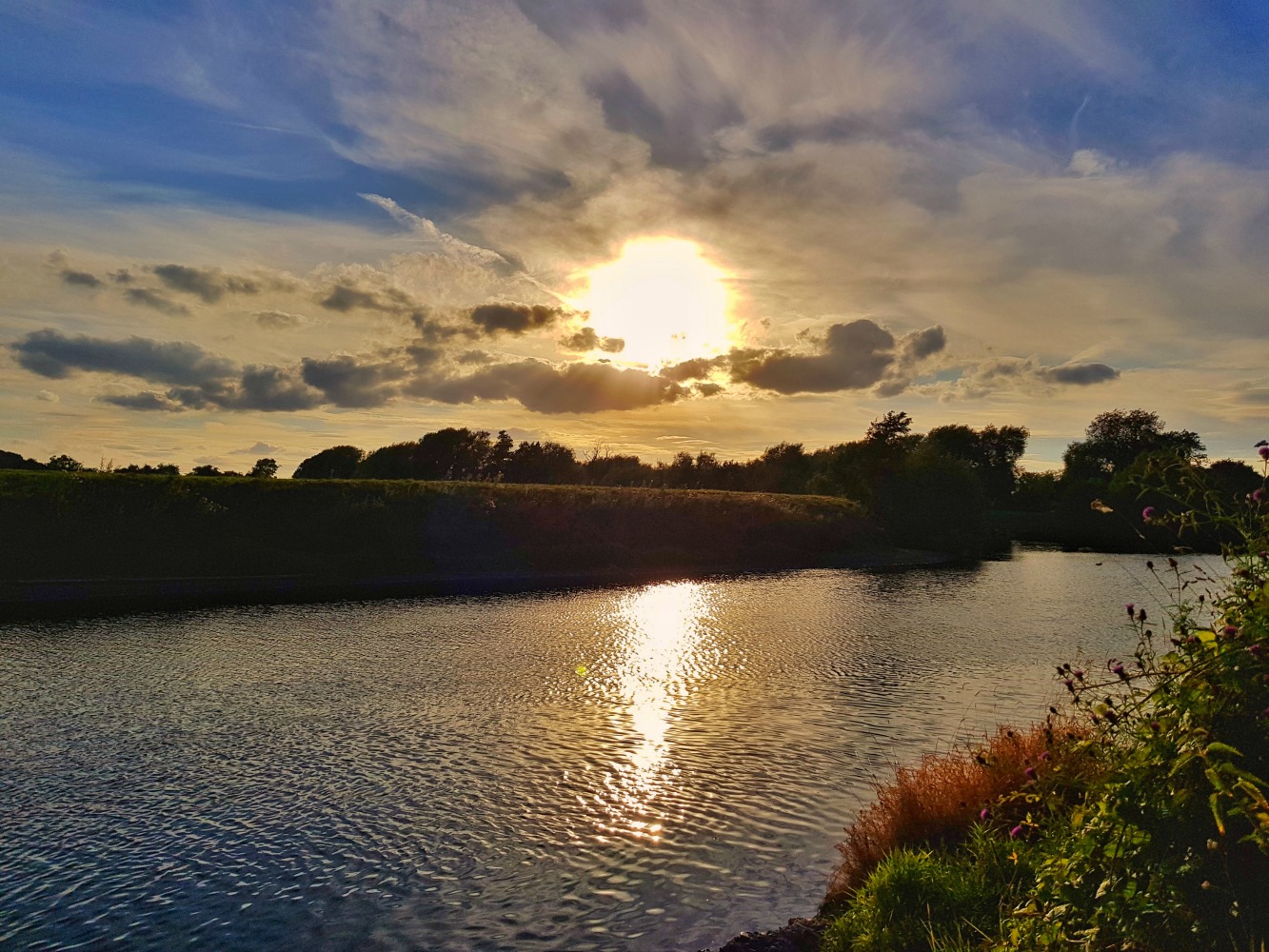 When the children came along, swimming and water polo took a bit of a back seat. But as they got older, I realised this was a mistake. Because sport, and being around water, is good for the soul.

A few months ago, I met up with an old polo team-mate for a coffee. It was February and we were both lamenting our lack of time for swimming. By May, we’d changed our week around and Monday mornings consisted of dropping the children at school and driving to a beautiful spot in the river to swim.

For the first time ever, Monday became my favourite day of the week. We’d stay in for hours, swimming against the current then drifting back to where we’d started. We’ve since agreed that we’ll spend the rest of the day working together, using the free WiFi at the pub where we park.

Working from home is amazing and I’m lucky to be able to work as well as being there for my children. But sometimes, it does get lonely. There’s also the issue with being productive when there are so many distractions at home. I’m not a naturally sociable person but swimming has always forced me to socialise. It’s only now that I’m realising how important that is.

I’m not someone who finds exercise naturally easy. If I don’t enjoy it, I struggle to motivate myself and can quickly become lazy. So, every now and then, I take on a crazy challenge. A triathlon, ultramarathon or marathon swim. This year’s challenge is the Aspire Channel Swim. I’ll be swimming the distance of the channel between September and December and I’m hoping to do it in 10 pool sessions. I’ll still be swimming in the river but ironically, I won’t include that in my total because I don’t know how to measure how far I’ve swam.

The swim is a great opportunity to raise money for an amazing charity. And for me, it solidifies my fitness, motivates me to get in the pool each week and keeps me getting out of the house when it would be so easy to sit at home on my own. I’m looking forward to the challenge, and wondering what I’ll do next. The real channel swim has been calling to me for a few years. I’m not committing myself at this stage but maybe, just maybe…