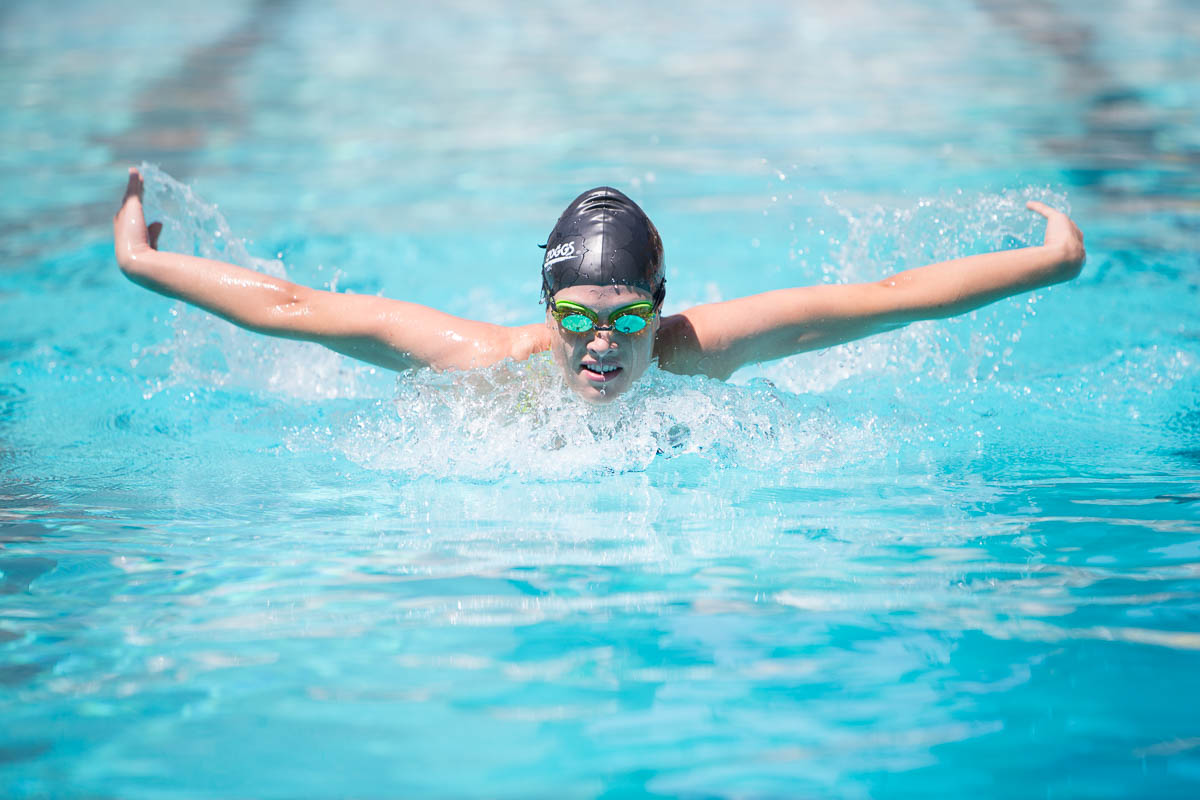 We had an exhausting but exhilarating swimming class this week learning butterfly. It’s not a stroke we touch upon too frequently, and ordinarily it’s just a small element of a class, but this week, it was all about the fly. At the beginning of the class I was a little bit nervous, but excited too. It’s one of those strokes that is scary but fun at the same time. When done correctly it looks amazing, almost like the swimmer is flying through the water, probably where it got its name!

The class was very tiring, butterfly is an aerobic stroke and also not one that we were used to swimming, so it did feel like a harder class than usual. We did a series of drills using fins that included dolphin kick, dolphin kick with breathing timed to the kick and one-arm pull - this is not a typo - probably the hardest drill of them all! And then finally, onto full stroke with fins before going fin-free.

The majority of the class was taken up by the drills, but we did move onto fin-free full stroke towards the end of the class. Previously, I’ve only managed to do three quarters of a length of full stroke without fins, so I was really delighted to manage two lengths, albeit with a bit of a breather in-between!

There were a few tips that I picked up during the class which I think are worth sharing with those of you that are learning butterfly as a beginner:

Relax
Easier said than done, but it really does help. If you can relax, you will find that the stroke will almost fall into a natural rhythm. And whilst I’m sure I didn’t look much at all like I was flying, I did find that when I relaxed, I didn’t sink, I didn’t have a coronary and I was able to complete a whole length! It also then gave me a little bit of time to think about breathing and my arm position.

Fins
Whilst they make you work hard, they give you the momentum in the water to really get to grips with the feel of butterfly stroke. Achieving the correct rhythm will feel like a bit of a eureka moment the first time you get it, but once you’ve nailed it with the fins, it makes it much easier to recognise when you’re almost there without them.

Use your whole body
A common misconception is that the dolphin kick used in butterfly comes from the hips. It actually uses your whole body and is led by the head. Think more rhythmic flowing motion, rather than leg flapping!

Arm exit is everything
How your arms come out of the water makes a big difference to the entire stroke and is the main area that I now need to focus on. If your arms exit before they are fully extended under the water, with elbows bent or at the wrong angle (they should exit little fingers first), then it makes achieving the shoulder rotation for the wide straight-armed position as your arms move forward to re-enter the water almost impossible to achieve.

All in all, our butterfly class was exhausting but I felt great afterwards! I’d had a good workout and realised that fly isn’t a stroke to dread, but is actually really quite fun. It will probably be some time before my stroke looks the part, but it’s a new challenge for me to focus on that isn’t just about distance or speed.

If you’ve read this and want to know a bit more about learning butterfly from the pro’s, Zoggs has a great butterfly video on YouTube that is worth a watch!