Zoggs Swim Diaries: Training to Swim Non-Stop Around the Isle of Wight

Scott Dawson shares his story on the lead up to his non-stop swim around the Isle of Wight, taking on an 11 mile open water training swim from Ryde to Cowes and back.

This is why we train!

During my working week, I had to go to Cowes on the Isle of Wight for a meeting. As I crossed the Solent on the Red Funnel ferry, the shear enormity of what I have taken on seemed to literally wash over me. At one point, I could see Ryde from one window, and the Hurst Narrows (if I squinted) out of the other. 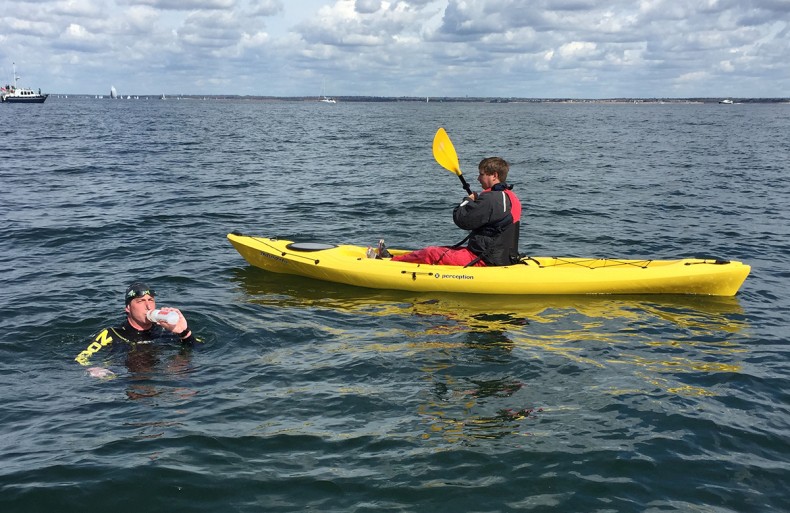 It is a long way, the Solent and I will admit that seeing it from this angle did make me feel a tad nervous. I actually smiled to myself. At that point I knew that just planning to swim that relatively small bit from Ryde to Hurst that coming weekend would mean that I have come a long way to achieving my goal.

A lot of work has gone in over the winter months, with distances being increased in the pool and nutrition tweaked, as I try to maintain my weight. With the help of my wife Polly, and all of the trusty volunteers, I felt ready to do my first big open water swim of the year - 15 miles.

The problem was, we were not going to make it to the Needles as planned. Mother Nature reminded us who's boss, and we changed our plan accordingly. We decided that I would still start from Ryde, with the aim to swim to Cowes and back. This is around 11 miles, but with the weather conditions we had, it may be harder for the first half of the swim, as the wind would be directly ahead of us.

As I stepped into the RIB (Rigid Inflatable Boat) on Saturday Morning, the time was 05:50 am and the car said it was 2.5°C outside. I even slipped on ice getting into the boat! "It's a bit chilly" said Steve Roberts, one of my Kayakers, with a wry smile on his face. I was the lucky one. I had my Zoggs wetsuit to keep me warm, he on the other hand was going to have to sit in a kayak pretty much waist deep in water and in the cold North Westerly wind.

The reality for me is the water temperature was about 12°c – relatively warm compared to just 5-6 weeks ago, when it was just 9°c. So although it takes a few minutes to get used to it, once I am in, and my Zoggs suit had trapped the water for me to warm up, it is not too bad, so off we went. 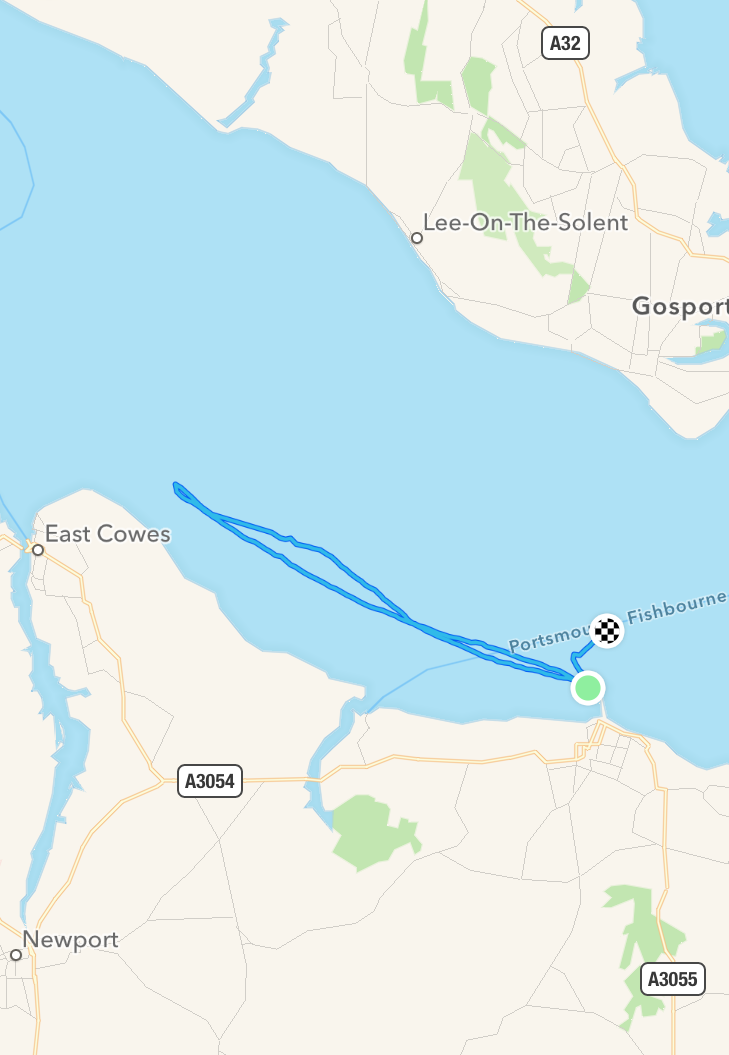 It was 06:35 am, cold and it was tough to get going, as there was more wind than forecast, and swimming directly upwind and into the Solent chop is hard work, and not easy to settle into a rhythm.

I did, however, just keep my head down, and kept swimming. After 30 minutes Steve signalled for me to stop, and handed me my bottle. Drinking isn’t really the challenge in open water, as I have done this plenty of times before, but eating on the other hand is a skill I am yet to master. Facing the waves guaranteed a soggy energy bar, but turning away from the waves meant I couldn't see them coming, and it was a 50/50 whether I got a nice mouthful of bar or a salty drink!

Time to go again and we repeated this exercise a further 5 times until we were close to Cowes. With the amount of wind against us, it took a lot longer to get to the Norris buoy, and we stopped 200 metres short as the tide had started to turn and I was making no more headway. Swimming against the tide will happen on the main swim, but not at this point, and the plan will be to be out of the tide in the shallow water when it turns, and not trying to swim against it in 30 meters of depth.

I got into the medical support boat so I could be checked out (all fine), and we all grouped together to see if there were any obvious observations, that we may want to change for the trip back.

After 20 mins or so, I got back into the water, and as the tide was now flowing back to East, and the breeze was blowing the same way, the waves dropped off and it took 1 hour less to get back to the start. It was so much easier to get into a rhythm, and the time went by so quickly. The sun came out, and my wife and children turned up on another support boat. The messages got to me that my children Alfie and Matilda were shouting "go Daddy", which really pushed me on. I even managed to increase the pace for the last half mile.

As far as training swims go, as a team I think we were all fairly happy with how the morning/day panned out. We started when and where we wanted to, on time and with everything happening as planned. What we could control we did, but as ever the weather reminded us, we are at her mercy, and we learnt a lot about surface currents, but we will learn how to use this to our advantage.

I would like to thank all the support crew, as without them this wouldn't happen. If you would like to support in other ways, you can donate online for Meningitis Now and The Marine Conservation Society.

You can sponsor Scott by donating here. More information can be found at www.swimiow.com

Scott is taking on a 60 mile non-stop swim around the Isle of Wight in August 2016 and will be keeping us updated with his training and the swim itself. You can find more on Scott’s training in our Zoggs Swim Diaries.