After months of training and planning, Scott Dawson has completed his non-stop 65 mile swim around the Isle of Wight for charity. Here's what Scott had to say after the event...

How do you describe the best week of your life? 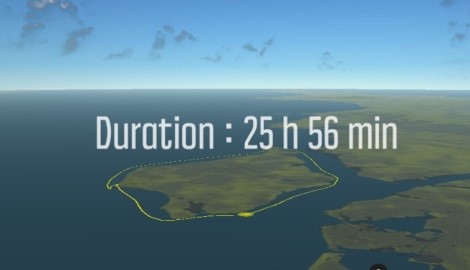 I now understand why Olympic Athletes are so emotional when they step onto the podium, to receive their Gold medal. I will never be able to know what that feels like to stand on an Olympic Podium, but what I achieved last week was my equivalent to the Olympics!

The work that has gone in over the last 2 years, the sacrifices that made by me, and more importantly my family has culminated in me completing what we now refer to as 'THE SWIM'. Some people had written me off as a failure before we started, but I knew how much work had gone in, how determined I was and I was confident that I could do it. I knew that I had the right kit, the right support, the right team, and with a bit of luck the right weather. 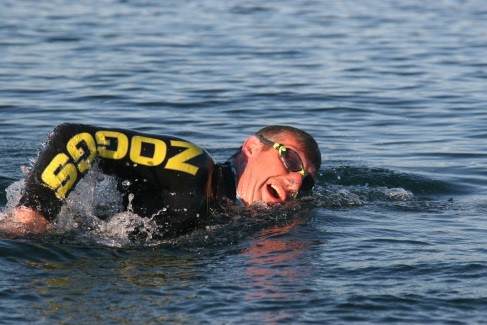 The weather was the key to this massive challenge, and in January I had managed to convince Brian Thompson to be my navigator/pilot. Brian has more sailing world records than anyone else and having him on the team meant that I had someone whom I respect and admire and therefore had implicit trust in to make judgement calls on my behalf. Brian is used to setting records, and the weather plays a huge part in his life. He made the call for the 30th of August, and we got the team ready.

I have been lucky enough to be part of winning sailing teams in the past, but the team that went around the Isle of Wight with me last week was immense. If I ever considered doing it again (which I am not by the way!) I would take every single one of them again. The entire team all worked as one, and even over a period of 36 hours, there was never a cross word, never a negative phrase, if there was a problem, it was overcome quickly, efficiently, and above all safely. 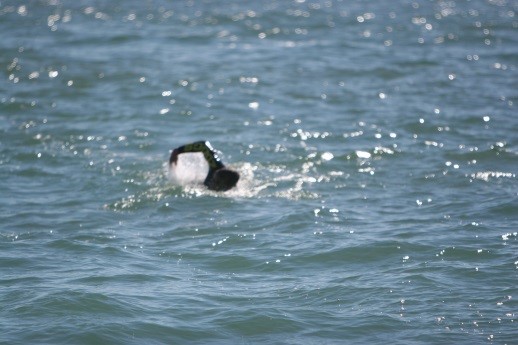 I cannot deny that swimming for almost 26 hours was not only physically demanding, but mentally it was extreme in the first degree. There is a point on the Yellowbrick tracker that shows me going backwards or nowhere for 4.5 hours. This is all tide, and we knew this was going to happen, although we did have a lot of concerned messages in the middle of the night.

Before I publicly announced that I was going to take on this challenge, I had to wrestle with the fact that I would go backwards or at best, nowhere for an entire tide cycle (6 hours). I had accepted this a long time ago, and totally believe that anyone contemplating a similar challenge, has to accept that there are going to be some really dark places, metaphorically, and physically! Accept this, and you have a good chance of emerging on the other side. 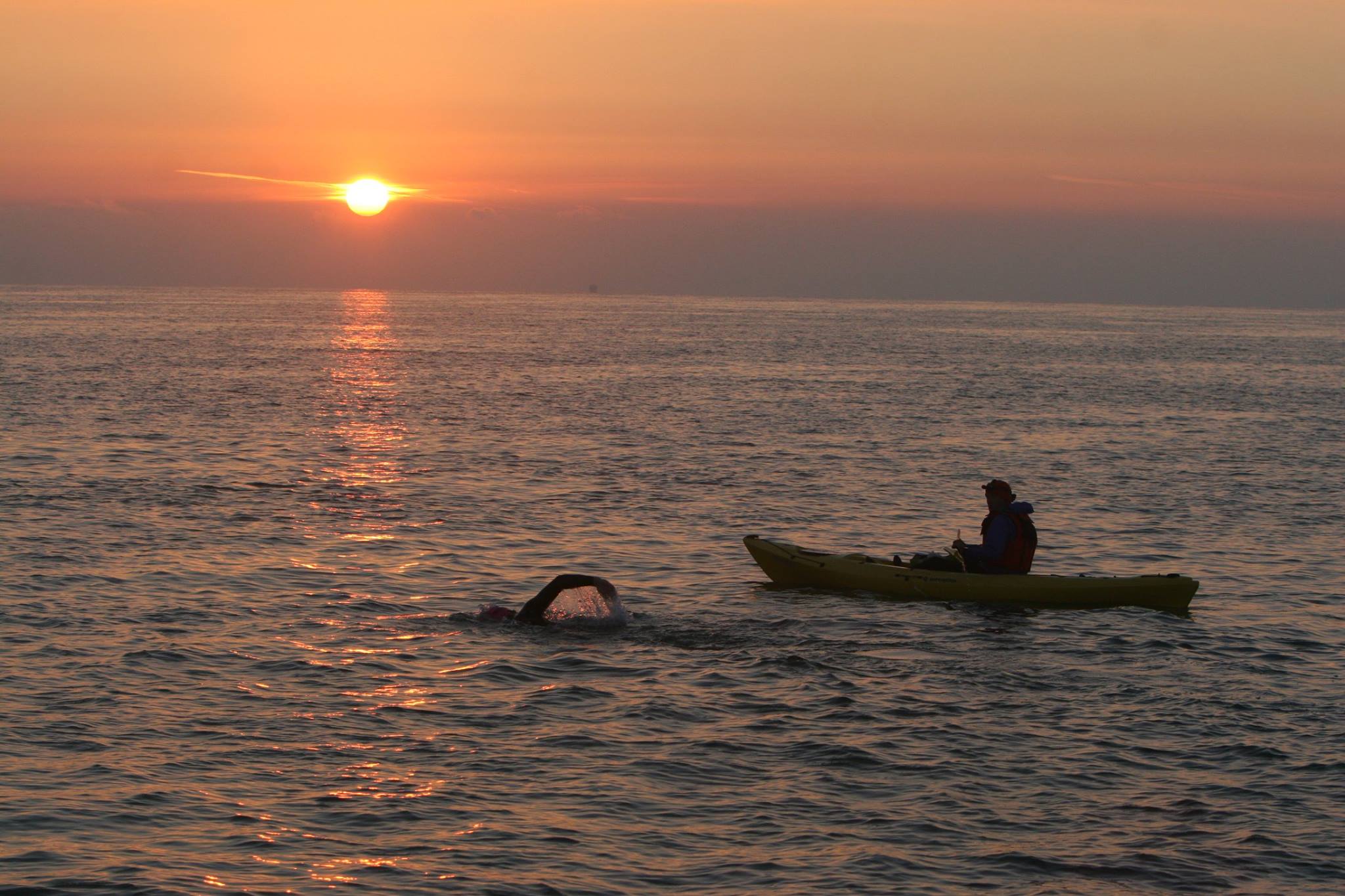 I was expecting this to be a "dark place" for me. But I remained positive, and had some amazing individual moments with my support team, as they rotated throughout the night, and the very early hours. They kept me going, only injury was going to stop me now.

As the tide slackened off, (about 20 hours into the swim) and I could finally start to make headway again, the physical pain was unbelievable. My shoulders were fairly seized, and it took a few minutes to get the lactic acid moving, and fresh blood into the system. Feeding and drinking was now every 20 mins rather than 30, and every time I stopped my shoulders felt like they locked up again, and again. We have estimated that I did about 44,000 rotations on each arm, 88,000 in total, so it is understandable that they hurt.

4 miles from the finish we could see it, and this had a huge positive impact. The pain seemed to disappear, and despite at least another 2 hours of swimming to do, I was now so confident that we were going to finish and in doing so I would be the 5th person in history to swim non stop around the Isle of Wight. 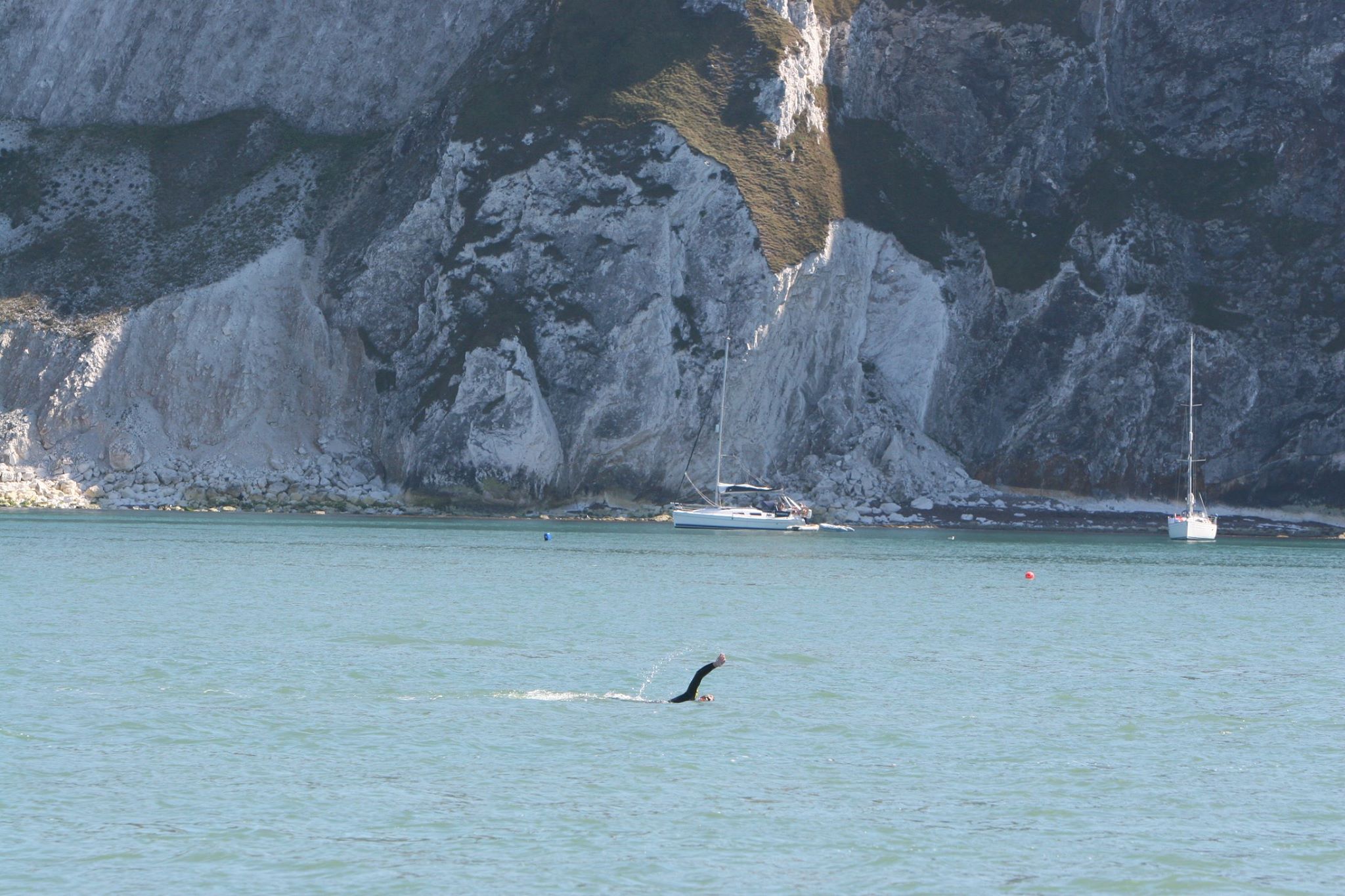 At 09:23 on the 31st of August I grabbed hold of the bouy that I had let go of 25 hours and 56 mins earlier, and I had finally completed my own 'Olympic medal winning' journey.

As with all journeys like this, nothing was 'solo' and this was a massive team effort, and without the team, this would not have been impossible.

I would like to take this opportunity to thank all of the people that made this possible, from kit suppliers, to people giving me their time for free. Most of all I want to thank Polly. My wife, and my best friend. Without her, this would never have gotten off the ground, and it is only with her support that I had the inner strength to complete this epic challenge.

All of the kit and time have been donated for free. This means that 100% of the donations have gone to my chosen charities. Meningitis Now and The Marine Conservation Society.

Scott is well on his way to his fundraising target of £30,000. If you would like to show your support, you can sponsor him here.

Scott is a true inspiration, and you can read the rest of his story in our Zoggs swim Diaries.