We were approached about a remarkable little girl called Rosanna Ogden and we just had to share her story! Rosanna is 5 years old, and with a little help from friends and loved ones, is organising a sponsored swim for a UK heart charity.

Rosanna was born with a rare type of tumour called Rhabdomyoma and at just 6 weeks old she underwent heart surgery. We asked Rosanna a few questions about her sponsored swim.

So, why do you love swimming?
Rosanna: It makes me super fast and because it makes me feel happy.

Why do you think more people should swim?
Rosanna: Everyone should be able to swim by themselves so they can play in the water.

How do you feel when you’re swimming?
Rosanna: Happy!!

Are you excited for the sponsored swim? How far will you be swimming?
Rosanna: Yes! I am so so so excited. I am swimming one mile.

Are any of your friends doing the swim with you?
Rosanna: Yes, from my class, they are coming to support me.

Do you see yourself swimming lots in the future?
Rosanna: Yes, I want to have a gold medal and want to win and I’ll really like it! I’ll show my gold medals to mummy.

Do you think you will want to be a professional swimmer when you’re older?
Rosanna: You’ll see me in the Olympics!

Rosanna is kitted out in her Zoggs gear ready for her sponsored swim on 1st August. 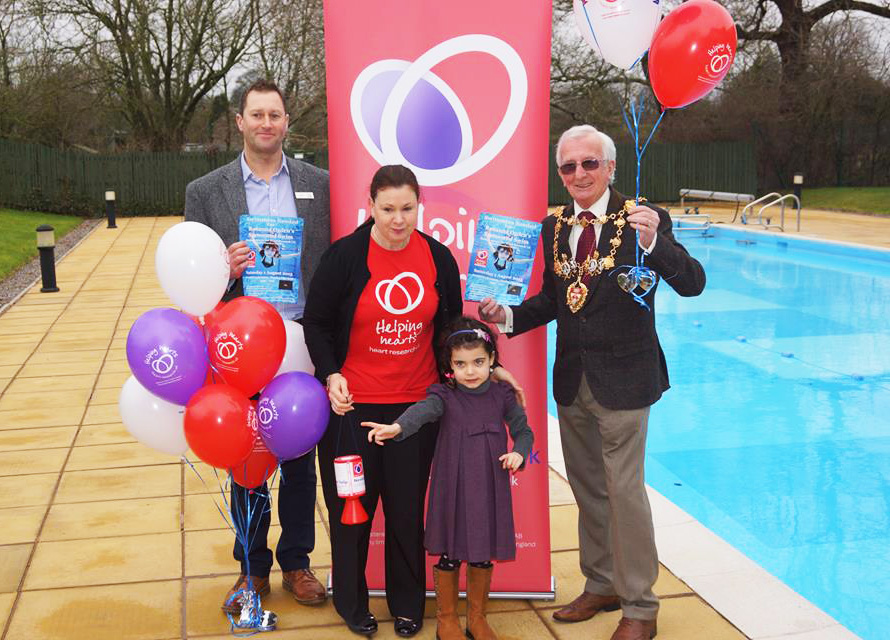 To find out more about the event taking place at the David Lloyd Centre in Chorley, you can visit Rosanna’s website here http://www.rosannaogden.com/